Juxtaposing ‘this’ and ‘that’ always invites a debate, and, it won’t be wrong to consider it a law of nature. Deliberately or not, whenever two giants of the field are placed together, opinions always make way in all walks of life. Today, we are doing a similar thing. However, instead of going in circles continuously, we would drop the mic once we are done analyzing the difference between RCC structure and steel structure (pre-engineered). 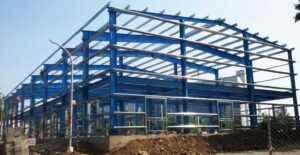 What is Reinforced Cement Concrete (RCC)

RCC is a composite construction material. It is formed of structural concrete and a reinforcing element, steel. It has been a preferred choice for permanent construction for a long time. Since it is initially in liquid form, it can be molded into various shapes. Concrete consists of cement, sand, boulders or gravels and water which solidifies into a strong mass on drying. Concrete alone is strong but not entirely and has a low tensile strength. It cracks when subjected to bends. When reinforced with steel, this problem gets solved. Steel can bend due to its high tensile strength. Thus, when the bending force is applied to an RCC structure, the steel bears the major workload. Like the human body in which bones and muscles work together, steel and cement combine to ensure adding strength and flexibility to a building. 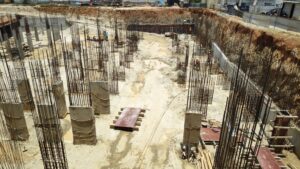 What is a Pre-Engineered Building (PEB)

A PEB is a prefabricated structure that is composed entirely of steel, preferably galvanized. They became widely popular during the Second World War and haven’t looked back since. The components are made in the factory and then transported and bolted together at the site. PEB manufacturers fabricate the framing and roofing systems as well as wall panels to precise measurements and specifications for meeting space, energy, insulation and other requirements. PEBs score in speed, precision and reusability, which has seen them gain popularity over the past few decades. Today, pre-engineered steel buildings are the preferred choice for major industries globally due to their versatility and advantages. 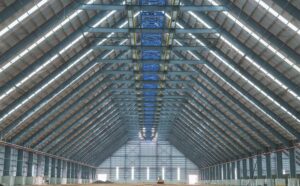 A comparative analysis of RCC and PEB

PEBs and RCCs are poles apart. One very notable aspect comes right at the start — making. While RCCs are made on-site completely, a PEB structure manufacturer takes care of the making process entirely in the factory. This means that the construction of steel structures is the only thing happening on-site when it comes to PEBs. A comparative analysis is given below: 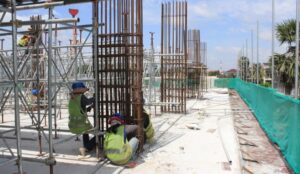 As is evident, PEBs have emerged as a clear winner under most circumstances. This is the reason why we have a surge in demand for steel building manufacturers. Large companies usually insist on assigning plant and office construction to established PEB structure manufacturers. The ability to dismantle and transport PEB structures and even rent them (as happens for godowns or warehouses) has also opened doors for new businesses. In most industrial and public construction projects — factories, godowns, R&D centres, metro stations, bus stops, auditoriums, stadiums, etc. PEBs are steadily gaining ground. Even in the residential sector, PEBs are becoming popular among developers. As technologies and costs improve, there is little doubt that pre-engineered buildings will become the norm for most standard structures.